With Angular Js Developers Can Bootstrap Their Apps Easily 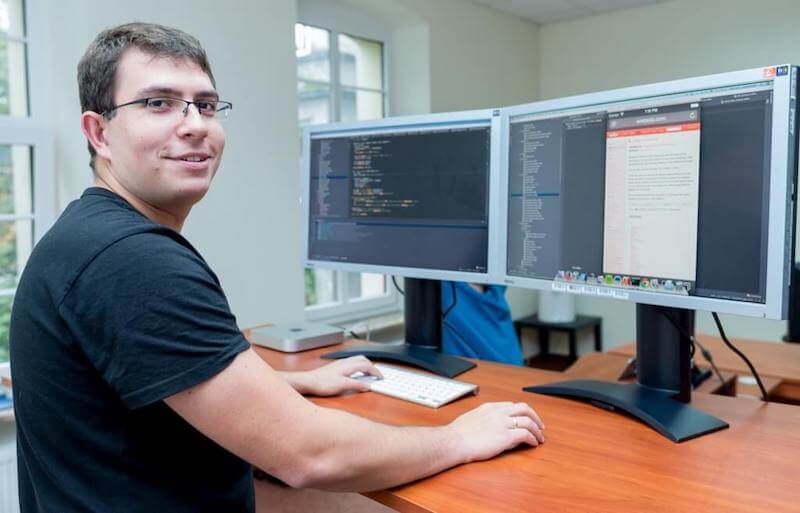 If you are a web developer or a businessman, wondering what web application to choose for your specific needs, take into consideration Angular.js. This open-source framework, supervised by Google and individual or corporate development teams, can be used to simplify the development and testing of single-page applications. Angular.js developers use it for building dynamic mobile and desktop Web applications to accomplish their tasks in the best possible way.

Many developers decide to learn and use Angular.js because this framework allows them to use HTML as a template language and then develop its syntax to express their application’s components clearly. Angular.js developers state that what saves their time is the Angular’s data binding and dependency injection solutions. Further, they explain that as a declarative language for static documents, HTML brings about much effort to solve some impedance mismatch between dynamic applications and static documents. Therefore, Angular.js developers introduced a construct called directives to teach a browser new syntax, and this way minimize the discrepancy occurring between document centric HTML and time consuming steps to create new HTML constructs. The directives introduced to Angular. js by developers include,

Thanks to many good solutions, Angular.js developers get full control over the initialization process in automated tests. For example: A developer can load only necessary services and successfully perform automatic tests using the separation feature module. Besides, if following “one file – one module” principle, they do not need to remember module loading order.

Concluding, we want to signalize that because of its large community (the core team members and many contributors), the Angular.js open-source framework has been evolving dynamically. A lot of Angular modules can be found at the Angular Modules website (most popular include AngularUI for AngularJS, Angular directives for Twitter’s Bootstrap, Angular authorization, and restangular). So, why not to choose Angular.js for your next project?

Dariusz is a creative front-end developer and CSS styling lover with experience in building high quality, scalable UI for the web and mobile.