Day With Board Games 3rd Edition 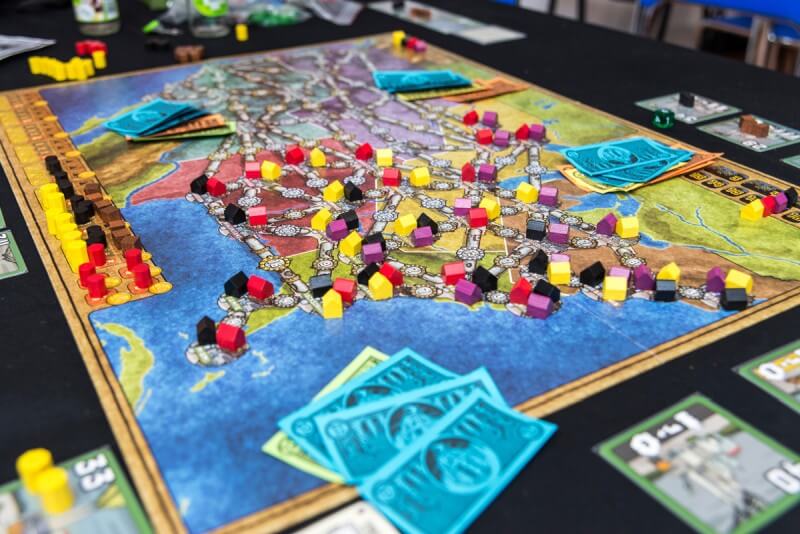 The 3rd edition of Day With Board Games took place on the 13th of September at the new Selleo HQ. As usually, the event was prepared by Bartłomiej Wójtowicz and Tomasz Czana, but this time they also invited their friend Jarek to help during the event as a third board games expert.

What is really interesting, this time we played only three games from previous gatherings: Star Wars: X-Wing Miniatures Game, 7 Wonders and Letters from Whitechapel. The new games that showed up this time were: Formula D, Among The Stars, Survive: Escape from Atlantis!, Rory’s Story Cubes, Love Letter, Robinson Crusoe: Adventure on the Cursed Island and Ooga Booga.

We established two new records. First: the youngest participant: Łucja (daugher of Gabriela and Bartłomiej Danek) is not even half a year old! Of course she did not play, but was really immersed by different boards and game elements  Second record is of course attendance. 18 people spent time together in a friendly but competitive atmosphere. Besides six that I have already mentioned, there were also Arek Janik with his wife Gosia, Grzegorz Rduch with his kids: Oskar and Emilia, Sebastian Ewak, Dawid Pośliński, Radosław Jędryszczak, Marek Caputa, Adam Dziendziel, my wife Monika and I.

Day with Board Games was once again a great success and everyone wants to take part in it another time. We just have to wait for organizers to establish next date  But while waiting, I encourage you to take a look at timelapse (eight hours in less than two minutes) and photos from the event that is now a history...