Fall In Love With IT - BBDays4.IT 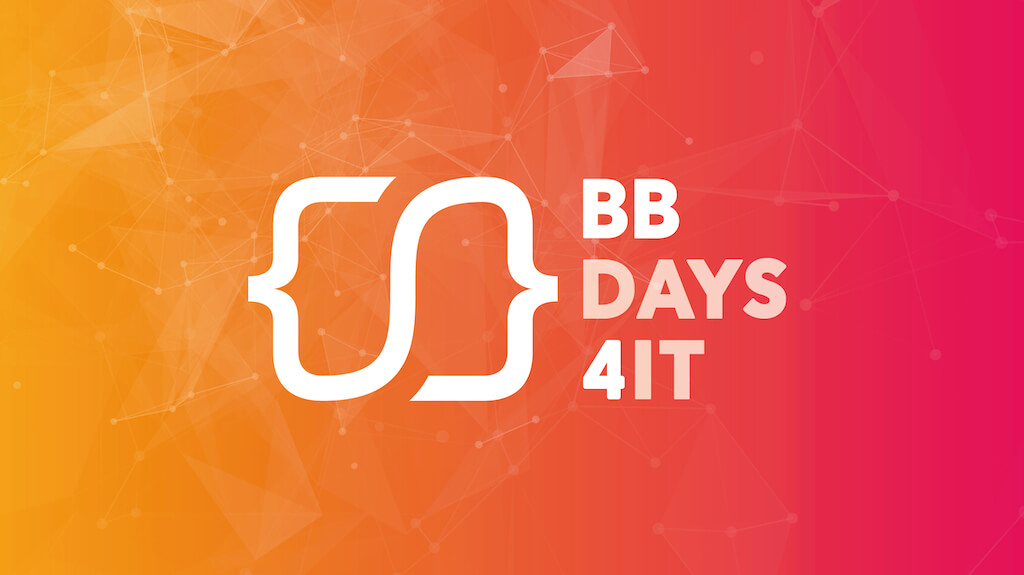 Fall in love with IT - this is the slogan advertising the first IT festival and conference in Bielsko-Biała - BBDays4.IT. The week-long event took place from September 9th and aimed to attract IT enthusiasts, developers looking for new perspectives in the city and those specialists who manage to do what they love and enjoy life at the same time willing to share their knowledge with others.

During the festival, attendees had the opportunity to take part in workshops, meetups, visit offices of the biggest IT companies in the city and have a chat with development specialists inside coffee shops and bars as well as during BBQ4.IT.

The event kicked off on Monday. Representatives from the city, the organizers: Rekord SI, Selleo, Capsilon, FCNT, University of Bielsko-Biała, the official partners including Versum, Jantar, Inelo, FabLab and many others, as well as local media gathered in the City Hall to officially open the festival.

The first day continued with the Iterate Open Workshop by NEXT! where attendees had the opportunity to play an Iterate Product Development Game where players build teams, manage budget and business development while competing with others. The game is directed towards development professionals as well as those who wish to work on their project management instincts.

The day ended with a CodeBB group meeting, which included two presentations: one focusing on the phenomena of sharing software for free and the second one about Flutter. 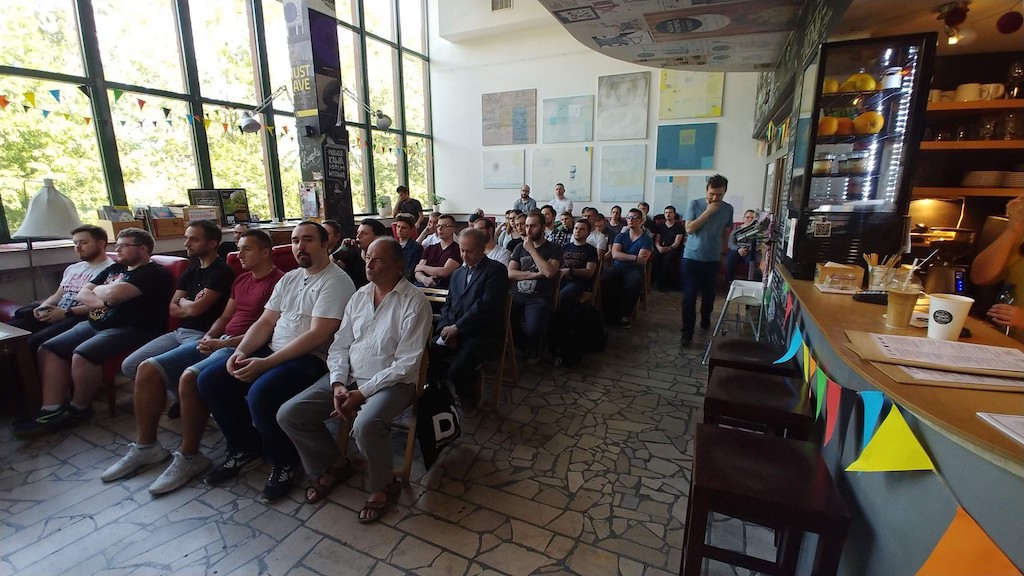 On Tuesday, we opened our doors for those wanting to take part in the open-style Haxorz workshop. This time, one of our developer showed how to build an endless scroller game using JavaScript, HTML5 and pixi.js libraries. Those who came had an opportunity not only to experience Haxorz from the inside but also enjoy a slice of pizza.

Later this day, we were back in the Selleo headquarters for another edition of Meet.js BB where we talked about how to start a front-end career. The evening was full of amazing lightning talks and presentations and obviously, great food and drinks.

The third day was very busy. First thing in the morning we had two presentations from Inelo: one focusing on the Realm platform and its capabilities and the second one about building automated tests for architectures consisting of many connected devices.

Later we moved on to FabLab and their interesting presentation on 3D printing and how it can be used in reverse and reconstruction engineering.

Then we headed to a developer workshop dedicated to Savanna Data Services, which shares APIs that can be used in applications by developers and software suppliers. Savanna Data Services gives the opportunity to create solutions answering individual business needs with no costs connected to maintaining and managing of own platform.

Capsilon prepared yet another presentation on AWS and how it dominated the IT market as well as how it is used by the biggest corporations. All that knowledge plus delicious pizza.

In the evening we met up for a fresh edition of StartUp Podbeskidzie Camp meetup where business accelerations and commercialization specialists shared their extensive knowledge.

Day four kicked off with a conference ‘Developer - job of the future’ dedicated to high school students. With more than 300 people in the audience, the event was aimed to present different sides of programming. During the final part of the conference, we hosted a discussion panel about starting a career in the IT industry. 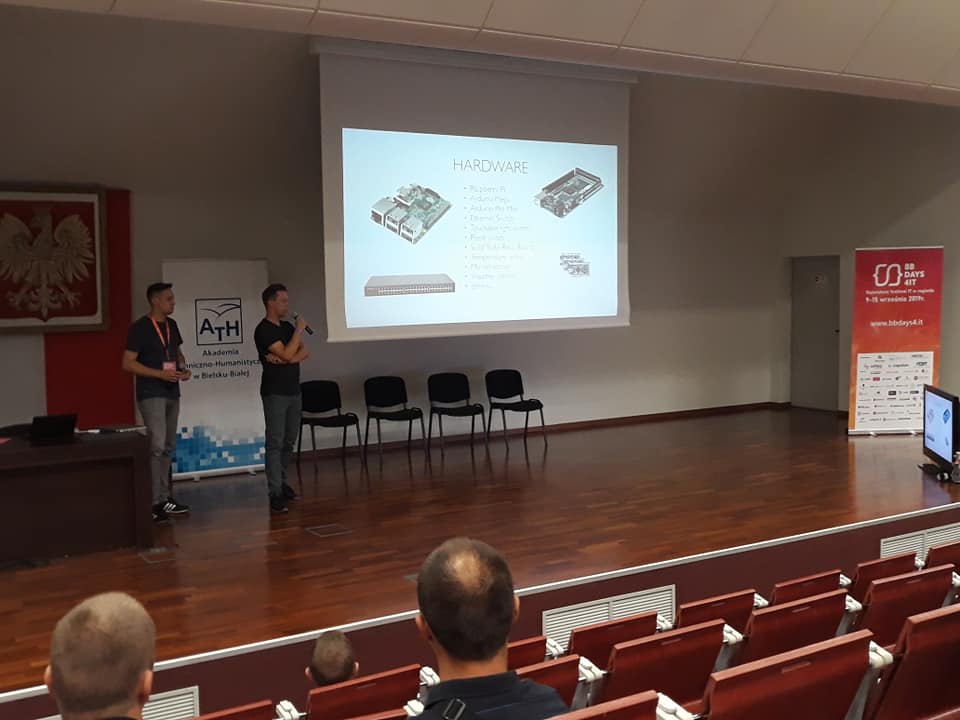 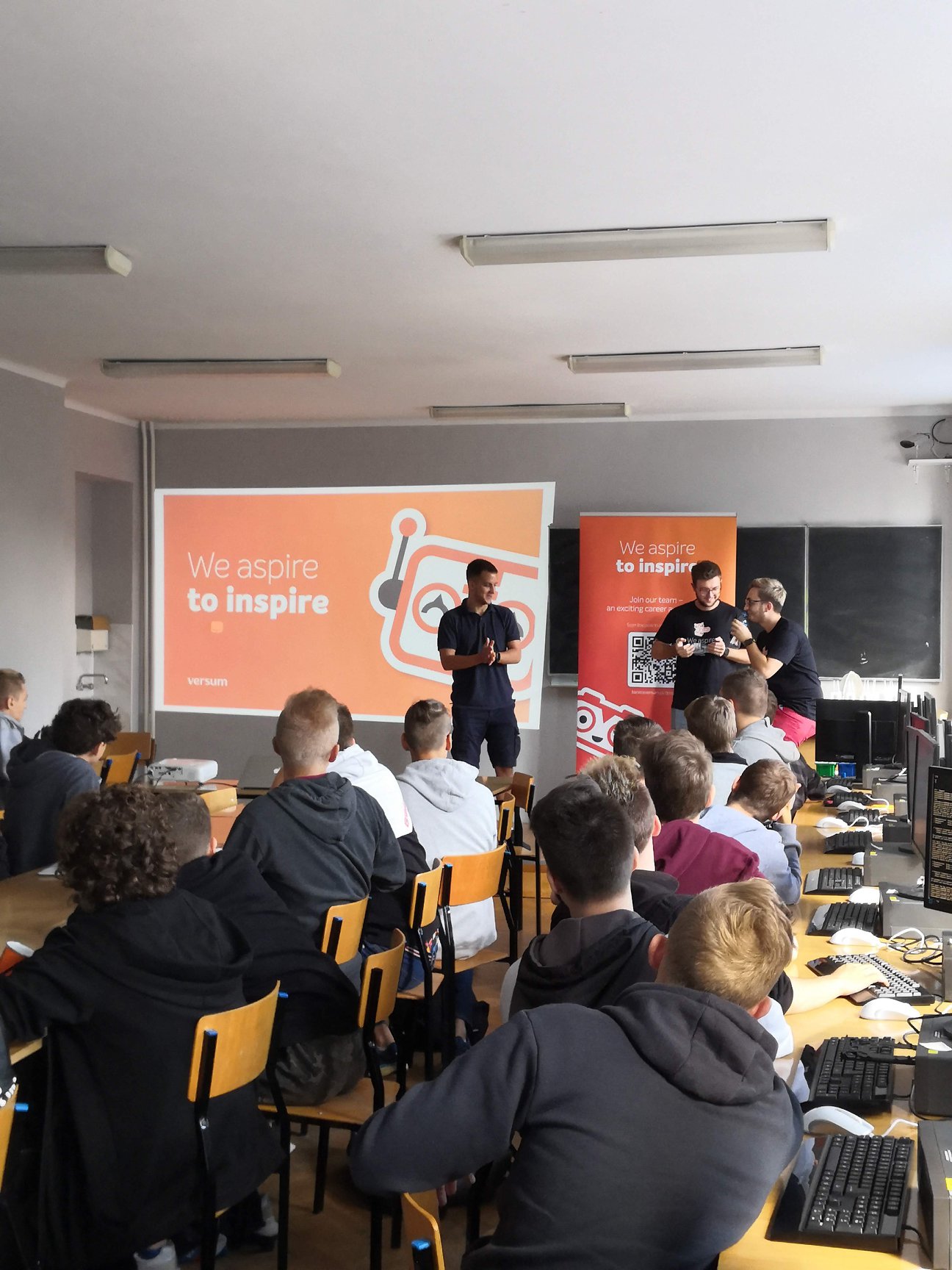 At 4pm one of the local VR/AR/MR studios - 4experience - invited us all to participate in a presentation of the capabilities of those technologies. Attendees also had an opportunity to test out virtual reality applications as well as learn about how to use virtual, augmented and mixed reality in employee training and various forms of self-improvement and self-development. 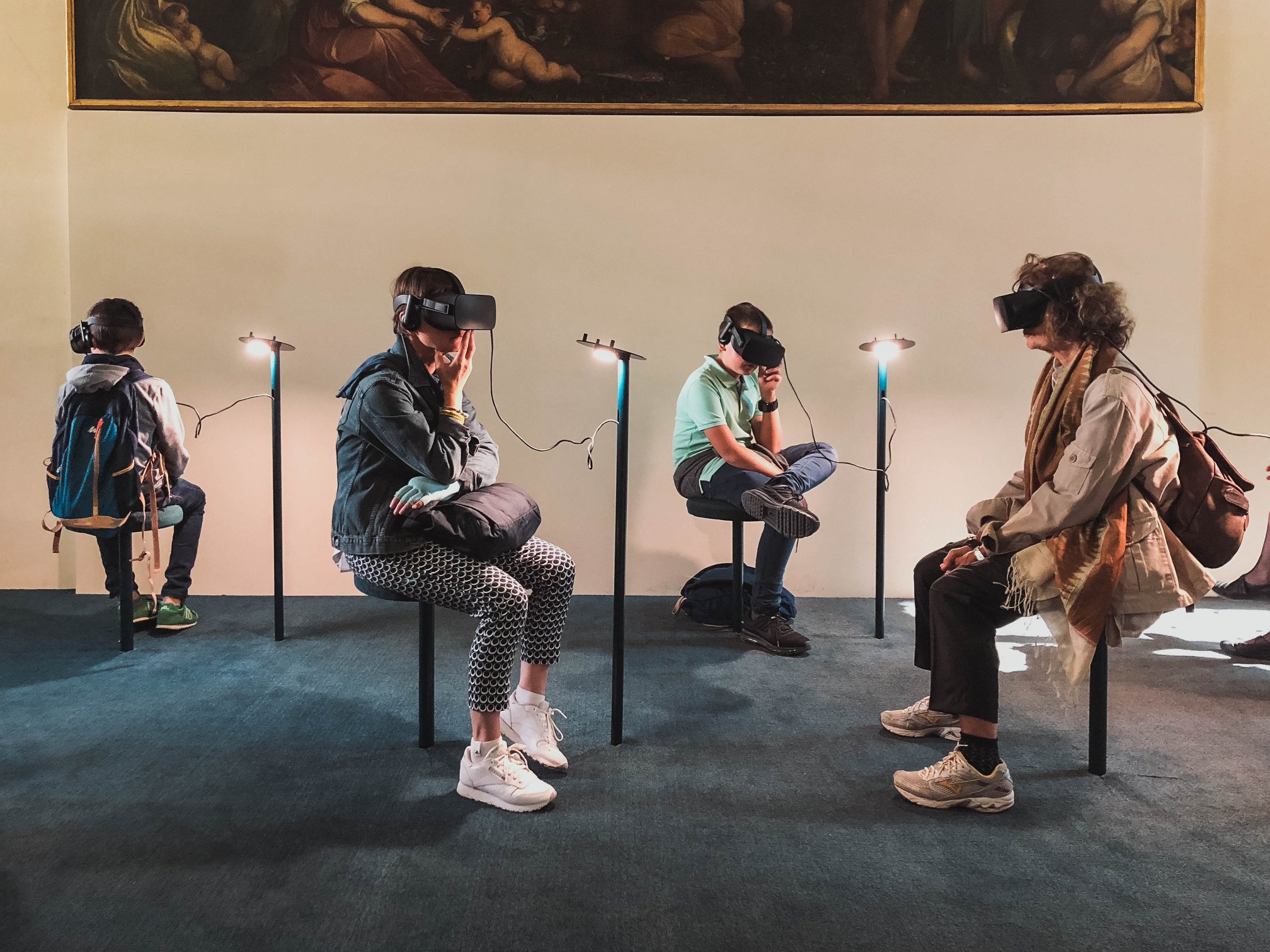 Later the day it was time for the 30th BBJUG focusing on EventSourcing and CQRS and asynchronous and synchronous development. The event took part in one of the most popular bars in Bielsko-Biała, so everybody could enjoy great beer and even better presentations.

Friday was a big day for most of the participating companies as it was the ‘open door’ day. The Selleo office alone was visited by nearly 150 people! Our visitors had the opportunity to see our beautiful office and get a feeling of how a casual day looks like. They also took part in presentations where some of our developers talked about their job, our innovative recruitment process or programming news.

In the afternoon we had a technology open space meeting organized by Rekord SI. The event was divided into 2 parts: during part one, interns presented the applications they created during the summer and part two was full of discussions on how to start an IT career, biggest f-ups and how to avoid them and a perfect code vs a happy client - how to find the sweet spot.

After that a Mikstura.IT meetup was held. We talked about security in web applications and participated in a discussion panel.

Although it was the weekend, we did not stop. On Saturday morning, a 7-hour (!) long conference was held at the University of Bielsko-Biała. Our expert developers also took over the microphone and talk about S.O.L.I.D. and the famous CoderDojo. This was the ‘hard’ part of the day.

The ‘soft’ part was a big BBQ, but the presentations did not stop there. There were 4 more open-air talks as well as some networking time. We closed the evening with a football match.

Sunday was all we had been waiting for - a Hackathon. Our team was working on an application that helps to plan a trip through our beautiful city taking into consideration your localization, duration and your interests. We are happy to say that this React application won and will be shown to the President of Bielsko-Biała soon. We cannot imagine a better way to end this eventful week.

Overall, BBDays4.IT proved to be a great success. Over 1000 of people took part in various workshops, presentations and meetups. We are super happy with the result and are planning to continue this festival for many years to come. 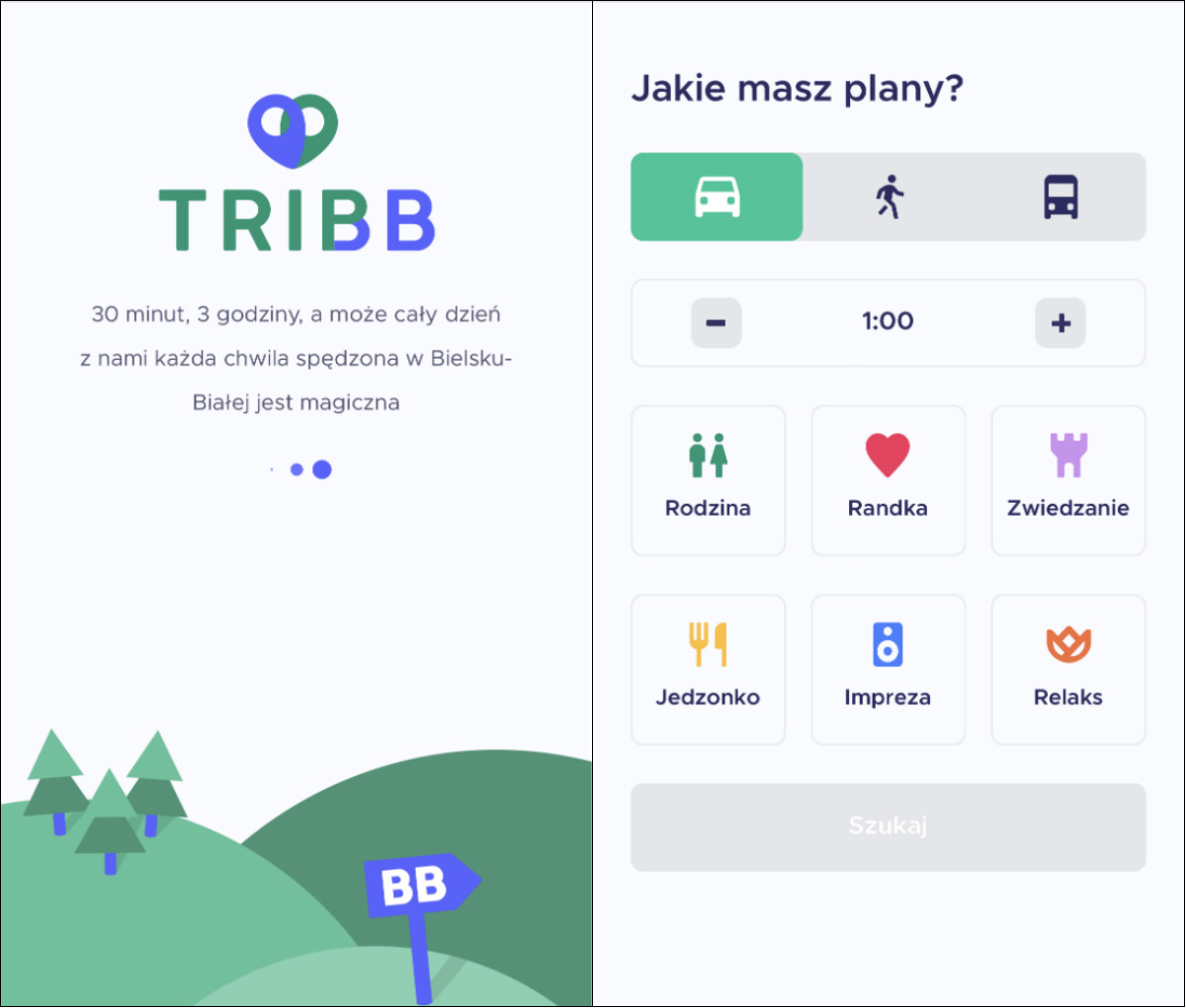 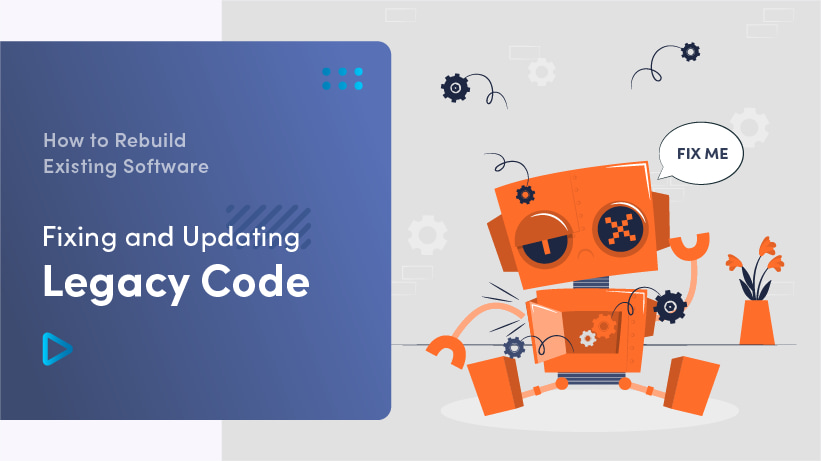 How To Rebuild Existing Software: Fixing And Updating Legacy Code 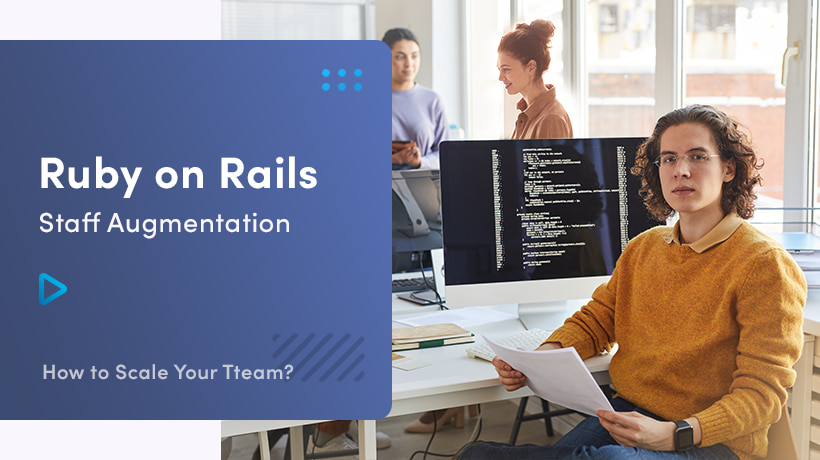 Ruby On Rails Staff Augmentation: How To Scale Your Team? 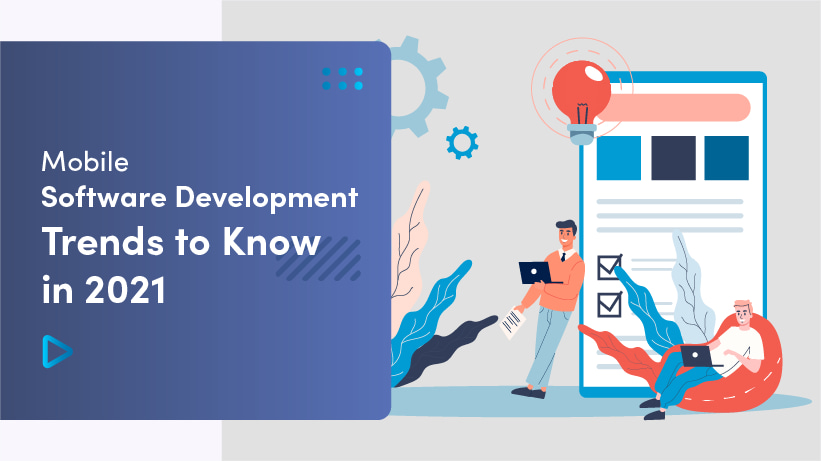