Five People Who Are Changing Education Through Web Technology 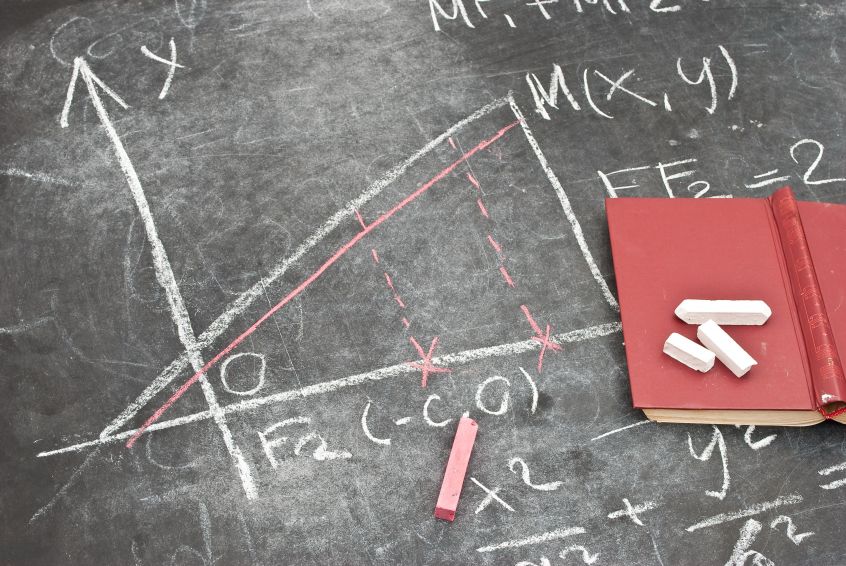 What counts in the world we live in today is fast and convenient access to information. This trend is especially welcome in education. It’s nothing short of a surprise that traditional schooling methods fail so often. Pupils and graduates, as well as employers, complain about the incompatibility between learned knowledge/qualifications and job market requirements.
Today an Internet connection is a must-have for the majority of people and the throughput of servers and the Web itself is constantly increasing. These are ideal conditions for developing new approaches to education, involving online courses, video-lecture repositories or even complete, fully interactive online universities. In addition, many such services are offered free of charge or at a very low cost, thus giving anyone access to knowledge and education which are up-to-date and easily obtainable.
Let’s examine the initiatives of five people who have very interesting visions in this respect and have courageously put their ideas into practice.

The KhanAcademy project started in 2006 as a vision of Salman Khan @khanacademy, one of the most prominent graduates of Grace King High School and the Massachusetts Institute of Technology.

His idea was simple, yet brilliant: to provide people with freely-accessible video materials containing high-quality presentations of valuable academic topics. The main fields on which the project is focused are mathematics and science.
Although today the project has grown into over 2400 videos and over 160,000 subscribers, Khan still makes all the videos himself and remains the spiritus movens of the whole initiative, cooperating with five other people in order to handle this vast repository of knowledge.
Probably the most innovative aspect of KhanAcademy is the fact that the videos are not traditional, recorded, lecture-like presentations but rather interactive graphics and notes he makes captured in real-time, accompanied by his commentary.
When asked about how he manages to keep his huge project running smoothly, Khan says that the answer is technology. He is perfectly aware of the issue of scale. Thus, the Internet allows a single person to create a video using a single camera and then this video can be watched by hundreds of thousands of people.

However, Khan hasn’t stopped it here. Recently his project accommodated new elements which further expand its usability: a free exercise platform and some analytical tools which help students check their progress. Moreover, there is also a plan of adding a new functionality: allowing the students to upload their own tutorials.

Another project of similar type, yet with a slightly different approach, is the Connexions platform, founded in 1999 by Richard Baraniuk, the Victor E. Cameron Professor of Engineering at the Rice University in Texas.
The platform focuses mainly around the topics related to engineering, science, technology and mathematics. At the moment is has over 2 million monthly users from over 190 countries. It is a highly interactive project: users can associate themselves into communities which then create their own content in various forms and languages.
Peraps the most interesting feature of the Connexions project is its modular structure. All content is organised into small building-blocks created by numherous contributors. Then, the modules are edited and composed into larger, fully customizable courses – it is similar to creating a coursebook consisting of only those materials which perfectly match the desired topic.
Such tailoring takes place not only with regard to the topic itself, but also to the output format of the data: the composition of modules can be arranged into a single website, a PDF file or an EPUB format for mobile devices.
Moreover, all content is published on the basis of open licences which guarantee full re-usability and unlimited sharing possibilities.
Future Learning: Richard Baraniuk

SHAI RESHEF: UNIVERSITY OF THE PEOPLE

If there can exist free online tutorials and tailor-made courses, why not attempt to create a complete online university? This is precisely what crossed the mind of Shai Reshef, an entrepreneur from Israel whose vast experience covers mainly educational issues, in 2009.

Reshef is another person with a seemingly simple yet very clever idea: to join the forces of ever-growing social networking techniques with the existing and potential digital learning strategies. Therefore, it’ll be possible to organise a truly versatile, international and accessible platform of knowledge exchange. This is the point at which the University of the People takes off.

The goals are very similar to those of traditional universities – study communities, weekly discussions, home assignments and exams – but all that happens online. The courses and materials are free but there are also some payments to be done: a small entry fee and exam costs. However, these are only a small fraction of what the students would have to pay for conventional courses. Furthermore, students from poorer countries pay the lowest possible fees, which equals the chances of all people interested in studying at the University of the People.

Reshef plans to develop his initiative in subsequent steps. The first step is a limited number of enrolled students, in order to check the response of the Internet community to the project. Then, in five years time, the projects is expected to gather about 30 times more students, reaching 10.000 and, eventually, self-sustainability.

Having an online university up and running, why not take a step further and create an enormous database of general human knowledge? Such a vision is the aim of Brewster Kahle @brewster_kahle, another MIT graduate, now a multimillionaire who fully devotes himself to his Internet Archive project.
The aims that Kahle has set forth seem idealistic and might appear almost impossible to some people at first. And yet, this project might become one of the most important initiatives related to web-based education and knowledge sharing. It is a versatile repository with some unique features, such as the Wayback Machine, allowing the users to track the former layouts of websites and to see how they have changed over the years. Apart from that, Internet Archive stores over 300.000 MP3 files in its music library, over 150.000 films and videos and over 60.000 recorded concerts.
However, all these collections are only a part of Kahle’s bigger idée fixe : the desire to create the largest digital library in the world. At the moment over 135 biggest libraries around the world are involved in his project, contributing book catalogues and full digitised texts of as many books as possible. Therefore, Internet Archive stands the chance of becoming the most relevant source of information for people seeking particular or rare books on the Internet.
Brewster Kahle: A digital library, free to the world

The marketing manager for Google, Amit Sood, quite recently came up with an idea which can complement the initiative of Brewster Kahle. It crossed his mind that access to the works of art stored in museums around the world should also be easy and free.

With this goal ahead, he created the Google Art Project , unifying 17 renowned museums in a concerted effort to build a database of digital images of their masterpieces in extremely high quality. The average resolution of an image is 7 billion pixels, which means that the most famous paintings from all epochs can be viewed on-screen with the level of detail exceeding several times the viewing possibilities on-site.

Sood’s project aims at gathering the collections of famous museums in one place, so as to allow people to get acquainted with the history of art in an even more „tangible” form than it would be possible in real-world conditions.

DIFFERENT WAYS TO ARRIVE AT THE SAME END

These five visionaries have different approaches, but their overall goal is the same: providing people with very easy and convenient access to knowledge and the works of human culture online. All the initiatives aim at improving the way we gain our education, and all of them extensively use web-based applications for conveying the knowledge and experience to users around the world.

What the most inspiring features of all presented projects are their expandability and adjustability to the ever-changing world of digital information exchange. Moreover, the possibilities for creating similar projects and applications, on various scales, are virtually infinite.
The five people we have chosen are just a few examples. There are countless others who are working hard to change our experience of education.