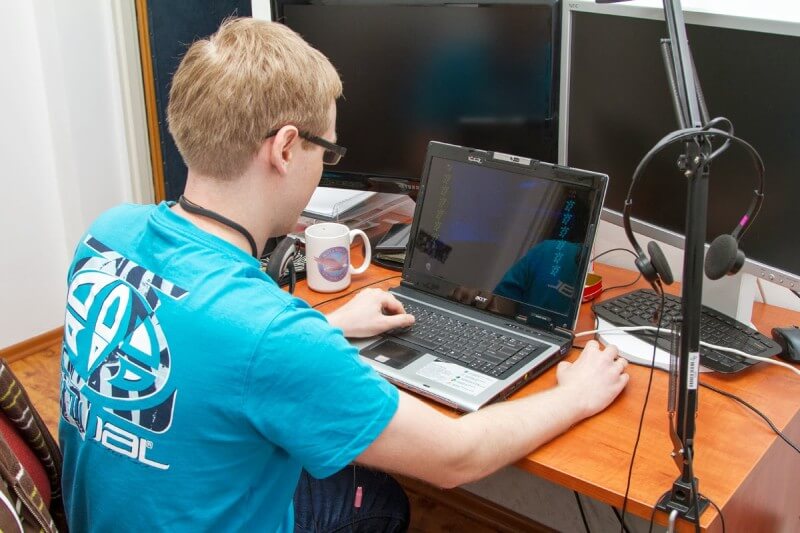 LAN Party – do you remember this kind of multi-player gaming? As developers, we of course play a lot of computer games! If we don’t do this in single player mode, then we usually (like the rest of the world, these days) use gaming platforms like Battle.net (yes, we have a few Diablo 3 / Starcraft 2 fans on our roster – and I’m one of them by the way), or STEAM (Counter Strike is still very popular in Selleo. Borderlands also has a few devoted followers).

However, back in November, our new colleague Sebastian Ewak decided that, together with his brother Grzegorz they would organise a real “old-school LAN Party” at their home in Rybarzowice. Sebastian sent us a survey and we decided which games we wanted to play. The games were really old because, as I said: it was an “old-school” LAN Party

On the 1st of December 2012 at 8 a.m we gathered at Ewaks’ house. Sebastian, Arek Kwaśny, Arek Janik, Tomasz Borowski and Irek Skrobiś proudly represented Selleo. Also present were Sebastian’s brother Grzegorz, and our friends Michał and Przemek. We brought our laptops, configured them and the games began. We started with “Quake 3 Arena”. We chose “Deathmach” at first, but later on we switched to “team DM” and finally to “Capture the flag”. “Counter Strike” was next, we played a few matches and then we tried another, quite interesting mode “Pirates, Vikings And Knights”. I must say that it was really nice to “frag” an opponent with a parrot

When we started to play “Alien vs Predator 2”, we were invited for a Duszonki. It was a delicious meal and, more importantly, it gave us the strength for another few hours of gaming. After “AVP2” we tried “StarCraft”, but we decided that we should return to the first game of the day. We switched back to “Q3 Arena” for a simple reason: Tomek, Michał and Arek Janik had to go home earlier than the rest of us. Before that, they wanted to run a little with some colourful flags in the game world :). Everyone was warmed up at this point so the matches were really exciting.

When there were only five of us left on the field, we played original “Quake” on DM4 (my favorite map) and DM2. Then we split into two teams: Arek Kwaśny and I versus Seba, Grzegorz and Przemek. An epic battle in the “StarCraft universe” took place, and the smaller team triumphed! Later on that day, the other team proved how strong their players were in “Half Life”

It was the last game of the day, so after that we chatted a little and went home.

I know that every report should have a conclusion, so – did we have a good time playing these really old titles? I can only say that after 10 hours of non stop gaming… we were sure that we want to do this again