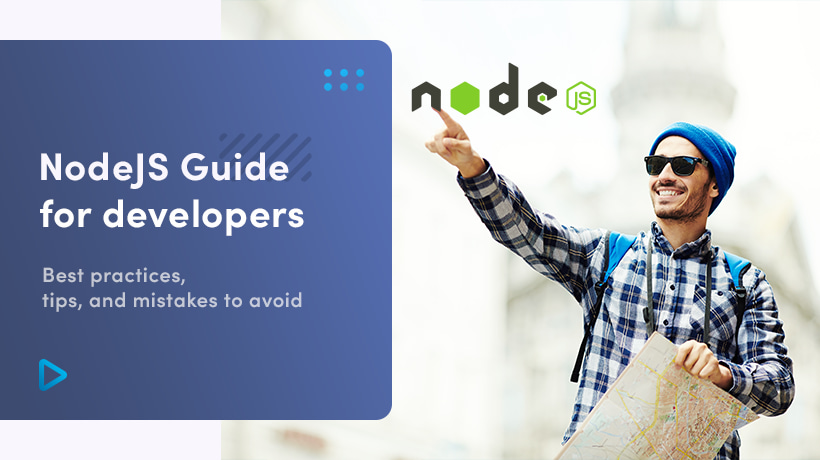 A Small Preview of What is Node.js
Reasons Why Node.js is so Popular
Simple and Easy to Learn
Mobile and Development Friendly Nature
Light and Fast
Huge Availability of Hosting Providers
Caching Ability
What Types of Apps can be Developed with Node.js?
Benefits of Using Node.js for your application
Faster Time-to-Market
Battle-Tested Old Hand
MVP Development
Highly Scalable
Can Node.js Replace Java?
The Future of Node.js
Node.js Best Practices to Follow
Segregate your Code by Solution and not by Technical Role
Use Code Stylers like ESLint or Prettier
Do not Block the Main Thread
Always prefer native methods instead of using external packages like Lodash / Underscore.js
Node.js Mistakes to Avoid
Keeping the Sensitive Data in Code
Omitting Testing
Late Deployment of Application
Error Messages are too Detailed to End-Users
Scale Your Business with Selleo

Node.js has been well-known among developers for quite some time with its popularity increasing over time. It is pretty evident that Node.js offers scalability and parallel code execution. However, there is more to it! Node.js now offers the use of a single-threaded event loop model that can perform all requests.

Developers start falling in love with Node.js as it is easy-to-deploy and straightforward with just a basic understanding of JavaScript language. Businesses and Development Companies prefer Node.js because of the quality of the end-product, less time-to-market, and most of all, cost-saving.

So, what are the best practices for Node.js? How to avoid basic mistakes? What apps can we develop using Node.js? Let’s look at all this and more.

A Small Preview of What is Node.js

Node.js is quite complex. It is neither a programming language, a framework, nor a library. It's simply referred to as technological advancement. It may be summarized as follows:

It was created when the original creators of JavaScript expanded it from being a browser-only language to one that could be executed as a standalone program on your computer.

Reasons Why Node.js is so Popular 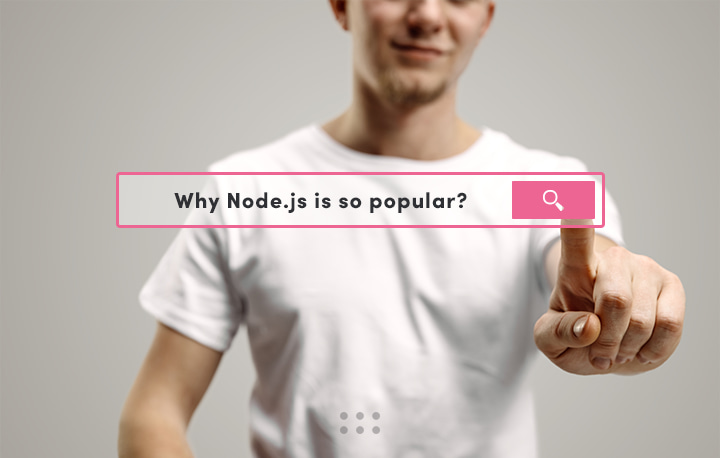 The popularity is backed by some pretty good reasons such as:

Simple and Easy to Learn

JavaScript is used by Node.js. So, understanding Node.js is simple, and you'll get up to speed in a few weeks. Learning Node.js without JavaScript skills will take a little longer, but it is still doable.

Node.js gets a huge thumbs up for its ability to develop versatile applications that operate seamlessly on any platform, including Linux, Windows, and Mac OS. The issue of apps not working on various operating systems is no longer a concern due to Node.js.

The V8 JavaScript engine, written in C++, is used by Node.js. The engine is a JavaScript and WebAssembly engine that is free source and performs well. Memory allocation, compiling, and execution of JavaScript are all handled by the V8 engine.

It uses a just-in-time (JIT) compiler to convert JavaScript into machine code before running it. This lowers both CPU and memory use. Your app will be lighter as a result.

Many cloud-based hosting companies and web servers have provided very easy solutions to host Node.js code due to its recent popularity. Heroku, Amazon Web Services, and DigitalOcean are just a few of the hosting options available.

Caching single modules is possible in Node.js. The cache is used instead of the main servers when a call involving the module is received. As a result, the app loads and reacts more quickly.

What Types of Apps can be Developed with Node.js?

Node.js can be used to develop any kind of app. Here are some types of apps developed using Node.js.

And much much more.

Benefits of Using Node.js for your application

Let’s discuss some of the benefits of using Node.js for app development. 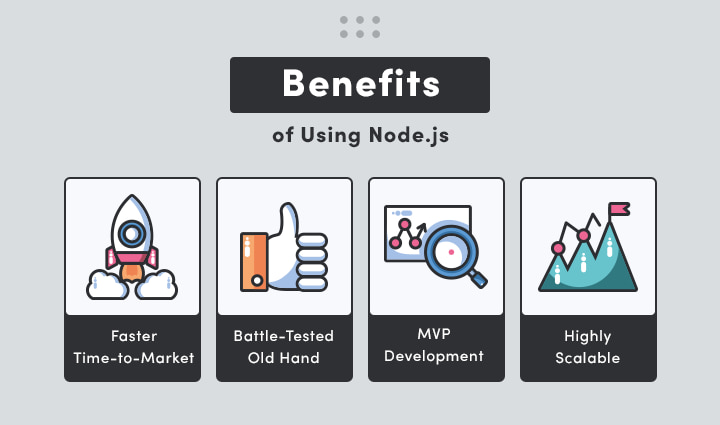 Node.js is very useful for shortening the time-to-market cycle. First, the technology is lightweight, which may drastically decrease application development time while maintaining the same functionality. You can get from idea to product in no time with Node. Second, quick deployments allow you to receive rapid feedback from the production environment.

Companies like PayPal, Netflix, and eBay have joined the club and are using Node.js.

Node.js is unquestionably a robust and well-tested tool that will not be forgotten or replaced anytime soon.

With Node.js, you can create an MVP (minimum viable product) - a piece of software with only enough functionality (or a single killer feature) to get it to market and satisfy the first clients. MVP means - Minimum Viable Product, and it is the first step in creating a full-fledged application.

Node.js can handle a large number of coordinate systems without putting the server under stress. A callback is only called once a request has been sent, but if there are no further jobs to be done, Node.js will sleep. Node.js is only available when it is required. This means your application can be expanded over time without much effort.

Now let's get into why Java specifically is hard to replace for 2 reasons:

1) It's everywhere, and everything is already accessible for it. It works well, has mature libraries and tools; it's reliable and typically secured, and it JUST WORKS. For more than a decade, Java has been a workhorse.

2) It provides a nice balance of pre-configured features and access to the system level. In other words, Java is a legitimate programming language with the big boy tool belt you could wind up needing. It's highly typed and utilizes genuine data types that aren't weird objects with unusual and impossible to predict unique properties.

No interpreted language, in my opinion, can meaningfully compete with Java in the areas where it is most appropriate.

The Future of Node.js 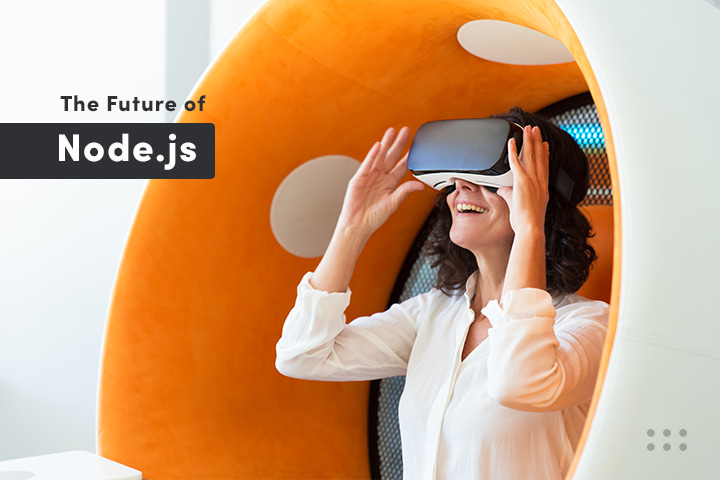 There are six core reasons why Node.js won't disappear in the near future: 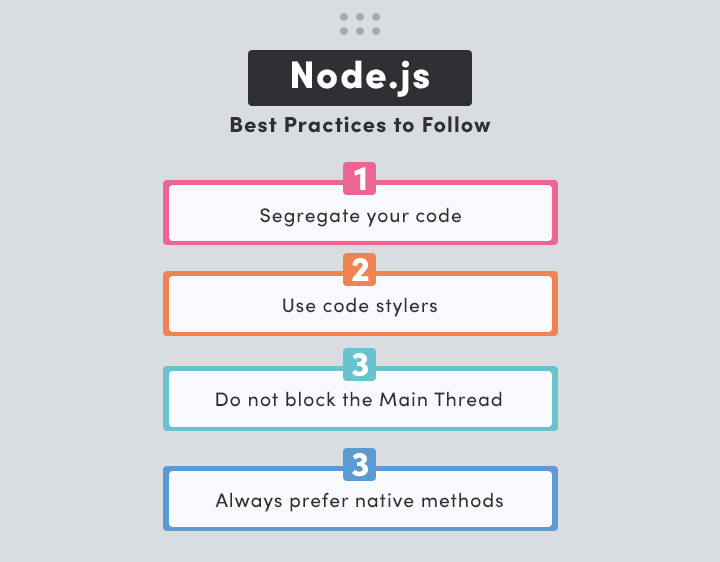 Here are some expert-recommended best practices for Node.js developers:

Segregate your Code by Solution and not by Technical Role

The ultimate answer is to write tiny software: break down the entire stack into self-contained elements that don't share files and each consist of only a few files (e.g., API, service, data access, test, etc.) to make it easier to reason about. Some may refer to this as a "microservices" design, but it's essential to remember that microservices are a set of thoughts rather than a set of specifications. Many concepts can be incorporated into a full-fledged microservices design or simply a handful. Both are acceptable as long as the software complexity is kept to a minimum.

The code formatting features of ESLint and Prettier overlap. However, they may be readily coupled with additional packages like prettier-eslint, eslint-plugin-prettier, and eslint-config-prettier. This will allow the team to produce uniform code, and each developer will be required to follow syntactic best practices.

Do not Block the Main Thread

The Event Loop is primarily handled by Node using a single thread that rotates across several queues. High-complexity activities, such as large json parsing, applying logic to large arrays, unsafe regex queries, and large IO operations, might cause the Event Loop to stall.

To prevent stopping the Event Loop, consider offloading CPU-intensive activities to a dedicated service (e.g., job server) or splitting lengthy processes into tiny stages and then using the Worker Pool. We should use dedicated background tasks or other microservices to avoid such issues.

Because such libraries might cause performance issues or take up more space than necessary, it's sometimes advisable to utilize native methods instead of using lodash or underscore. The performance of native techniques results in a 50 % increase in total performance. 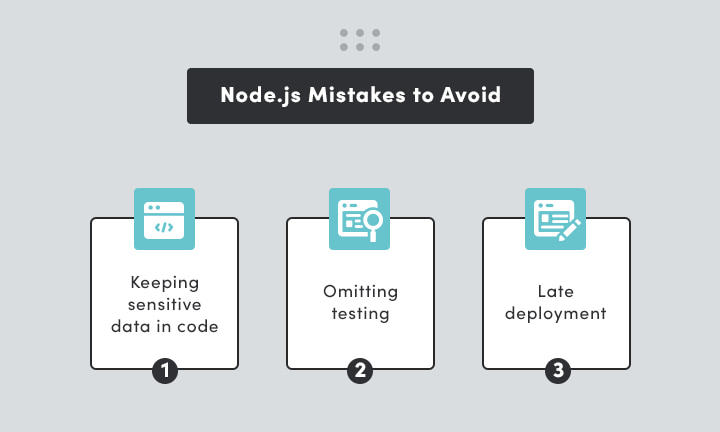 Here are some common mistakes that should be avoided by Node.js developers:

Keeping the Sensitive Data in Code

Keeping sensitive data in the code can be vulnerable to threats at times. The developers should use config.js or dotenv packages to avoid this mistake. Let's say if you have mistakenly added sensitive data such as the password or an SSH key into a Git repository, you can still remove it from the history.

Use either the git filter-branch command or the BFG Repo-Cleaner tool to remove the data from history.

Omitting testing to speed up a process is the biggest mistake. Developers need to test the app many times at each phase of development to cover different edge cases.

Your application should be deployed immediately to remote environments to verify if everything is working correctly. It’s also a test for your monitoring tools. By using such tools, you will see how many requests your application is handling.

By monitoring tools, it means you can identify when bad things happen at production. The biggest challenge is to select the right tools that will fulfill your requirements without breaking your banks.

Error Messages are too Detailed to End-Users

If there is an error in the app and the end-users are getting detailed and technical messages, it is also one of the biggest mistakes developers should avoid.

Read also: How To Find The Best Node.js Developers For Your Team

Scale Your Business with Selleo

Looking at the trend and popularity of Node.js since it was released in 2009, it is not wrong to say that the technology is here to stay for long. By offering security, scalability, and performance, among many other things, Node.js has become a solution to many problems.

You just read all about what Node.js is, its benefits, and the main reasons it won’t fade away in the future. Now, you know what Node.js has to offer; why don’t you give it a try in your next project?

So if you want to build a high-quality web app to nail your business, reach out to Selleo for Node.js consulting, and our highly professional and experienced developers will find a high-end solution for you. 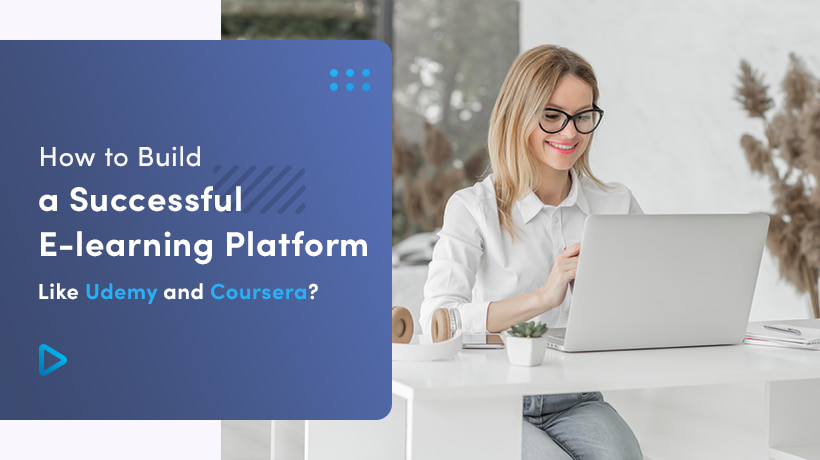 How To Build A Successful E-learning Platform Like Udemy And Coursera?