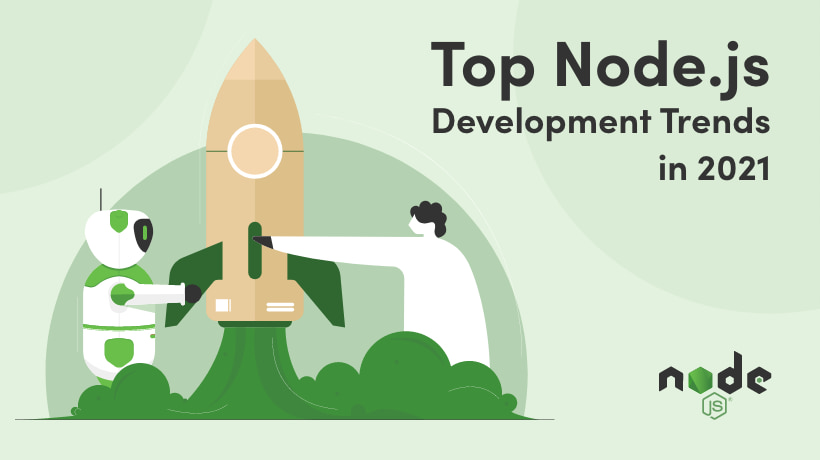 The year 2021 has just started, and everyone is predicting trends in their respective fields. After the COVID-19 pandemic, the E-commerce industry has blossomed like never before. More and more businesses are shifting their business models to virtual markets. In this rapidly growing software development, choosing the right framework has become one of the most important and complicated tasks.

Let’s start the article by learning more about Node.js and its popularity.

Node.js was created in 2009 by Ryan Dahl. He argued that software should be able to multi-task and said that the right way to handle several concurrent connections was to have a single-thread, an event loop, and non-blocking I/Os. This all made Node very efficient and eliminated the wait for requests.

More details about Node.js and why to choose it is linked in the article.

Why is Node.js so popular?

The popularity of Node.js has grown significantly in recent years because of its extremely lightweight and high flexibility. Node.js comes with an extensive library of JavaScript

modules that simplify the development process. Due to its open-source nature, Node.js has become incredibly popular for both web and mobile application development.

There are 6 top Node.js frameworks popular for their lightweight and simplified development process. Let’s get to know each one of them in small details.

Express.js is one of the top web application frameworks of Node.js. It is highly lightweight and flexible that comes with robust features for the website and mobile app development. The Express.js framework provides a layer of fundamental web application features without obscuring Node.js features. There are numerous popular frameworks based on Express.js. 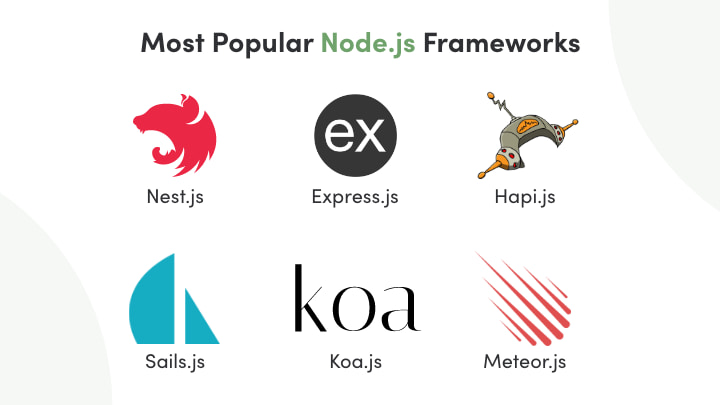 Meteor.js is an open-source platform that is used by millions of developers to develop web and mobile apps. It is well-known among developers for making javascript applications simple, efficient, and scalable. It took over a decade of hard work by the industry giants to make it to its perfection. Meteor is a mature open-source framework that allows you to build and scale efficiently so you can serve millions of users.

Koa.js middleware stack flows in a stack-like manner, allowing a developer to perform actions downstream then filter and manipulate the response upstream. Koa is a new web framework designed by the team behind Express, aiming to be a smaller, more expressive, and more robust foundation for web applications and APIs. By leveraging async functions, Koa allows developers to ditch callbacks and greatly increase error-handling. Koa does not bundle any middleware within its core, and it provides an elegant suite of methods that make writing servers fast and enjoyable.

Sails.js - one of the most famous MVC frameworks for Node.js. It is designed to match the familiar MVC pattern of frameworks like Ruby on Rails, but with support for modern apps' requirements. It provides features like data-driven APIs with a scalable and service-oriented architecture.

Hapi.js is an open-source framework for web and desktop applications. It is most commonly used to build web services such as JSON API, websites, and HTTP proxy applications. The mobile team created the framework at Walmart Labs. Mr. Eran Hammer, who created OAuth, was the brain behind this technology. He designed it to handle their traffic for Black Friday events, one of the busiest days for online shopping in the U.S. calendar. The original versions of Hapi used the Express framework.

NestJS is an open-source, extensible, versatile, progressive Node.js framework for creating compelling and demanding backend systems. It is currently the fastest-growing Node.js framework in TypeScript. NestJS is used for writing scalable, testable and loosely coupled applications. It brings scalable Node.js servers to a whole new level.

Check out more reasons why you should choose Nest.js as your desired Framework in this detailed article.

Moving on to the main topic of the article and checking out the top trends in Node.js to watch in 2021.

Leading Trends in Node.js to Watch in 2021

Here’re some of the most predicted trends in Node.js that will help businesses leverage their potential and get an edge over their competitors in 2021.

GraphQL is a query language. By using GraphQL, a client can request for the data they need from the server, and the server will send a JSON response to the query. The interesting thing to note here is that the client can ask for exactly what they need, and they receive only what is required.

The Popularity of GraphQL in 2020

GraphQL is the best Alternative for REST API And Why should it be used?

GraphQL offers several advantages over REST, which are as follows:

These technologies are used by some of the biggest tech companies, like Netflix, which boost its popularity. Netflix's entire website relies on the MERN stack framework for the smooth web development experience.

In the year 2021, people demanded real-time apps for different online activities. These real-time apps are the most common cause of Node.js. With amazing user-engagement, real-time apps not only provide a set of incredible features but speed as well. These apps include features like live chats, social media integration, ad servers, gamification, stock exchange features, etc. Node.js fits all the requirements in this ecosystem.

Node.js apps can serve thousands of servers for data-intensive and real-time IoT device apps as well. However, there is one drawback of these real-time apps as they can overload a server. Node.js makes the collaboration environment update seamlessly due to Event API and Web Sockets. Trello is one of the biggest examples of a web-app where a real-time collaboration pattern is implemented.

The other kind of real-time apps which can be build using Node.js frameworks are:

Because of the fast performance and open-source flexibility, Node.js has been a popular choice among the top-notch web and app developers worldwide.

Node.js is most famous for its serverless architecture. It means that to create an application, a developer does not have to worry about maintaining the servers.

A serverless architecture reduces the dependency on hardware and servers, which leads to less cost of development. It also offers numerous advantages, and the biggest advantages are overall-low project cost, high code quality, low module cost, and better flexibility.

Node.js is an excellent source to build apps for IoT. Most famous IoT companies have already started hiring experts to create IoT apps using Node.js to implement better microservices, real-time capabilities, and data-centric approaches. The main advantage of using Node.JS is to translate to faster real-time execution. It acquires less memory and requires fewer resources on the server-end. Therefore, developers can create scalable and efficient applications for IoT with Node.JS.

Node.js is among the very few web and app development technologies that has seen steady growth ever since launched. The use of node.js in building robust real-time apps will surely be a dominant trend in the upcoming years.

It is incredibly useful in simplifying database workflows and offers great solutions for leveraging real-time data.

If you wish to talk to an Expert Node.js Development Team, you can always contact us at Selleo. We have the best Node.js experts who can answer all your questions. Looking forward to hearing from you

I am passionate about technology which doesn’t stop me at the code base but extends to the product and the impact that it has on the customer. 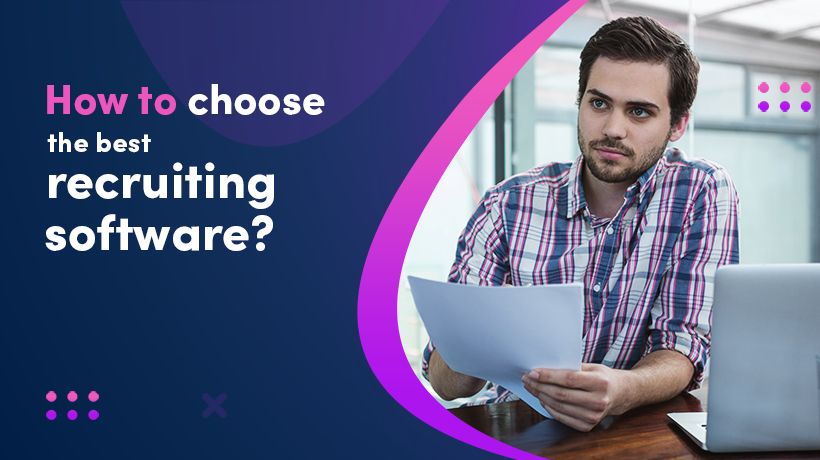 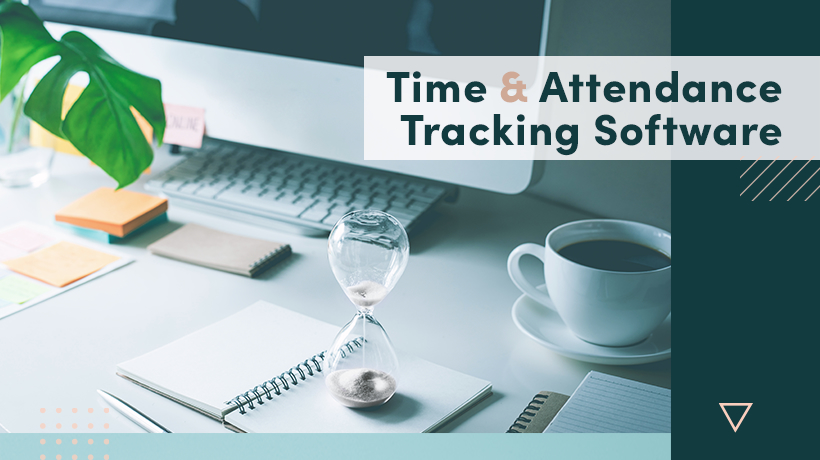 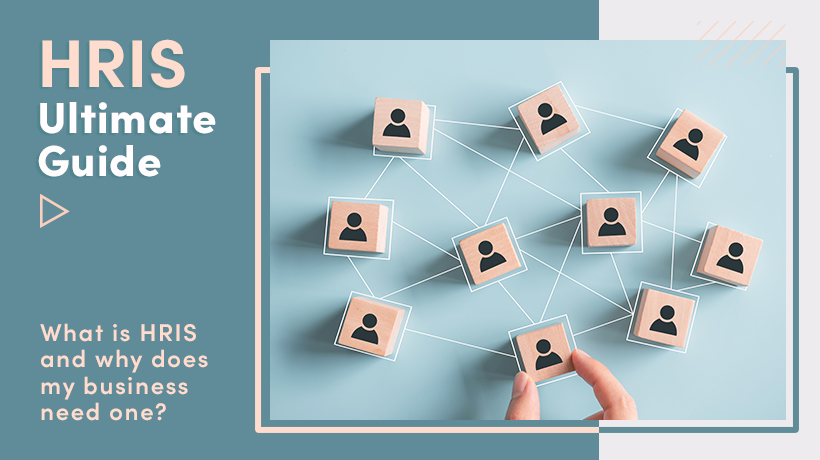