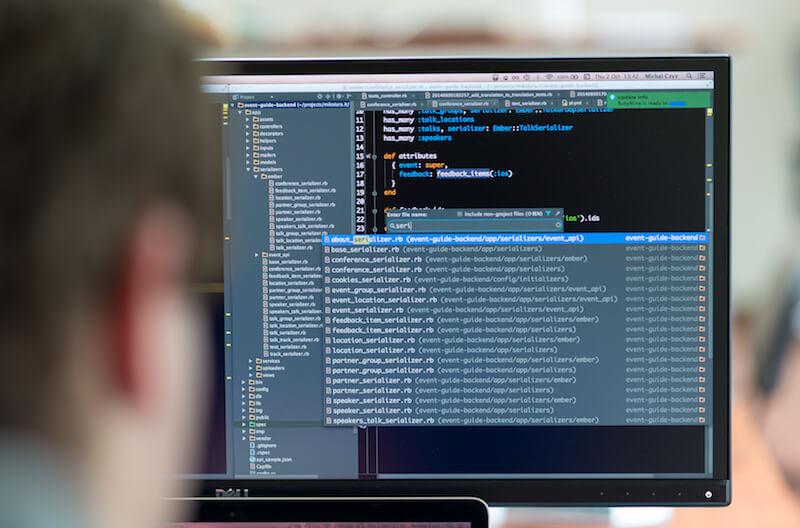 Everything started with the idea of making web applications simpler and easier. It was David Heinermaier Hansson who put forward his concept and found other enthusiasts who, as the Rail Core team, created and expanded the Ruby on Rails Framework, a powerful development platform today. Since that time, numbers of web developers have been using the Rails and benefiting from many improvements.

Now, we are close to trying new solutions as, at the 2015 Rails Conference in April, David Heinermaier Hannson announced Rails 5, introducing some features added to this new version, which include Rails API and Action Cable. New directions, taken by the Rail team, stem from some changes that Ruby, as a programming language, has been undergoing over the years, and are intended to take advantage of these changes. One path is improving speed; for example, Ruby 2.2.0 enabled its garbage collector to pick up symbols to reduce memory consumption. Also, new Incremental GC will help to save on memory consumption on Rails applications. It is said that Rails 5 will work with Ruby 2.2.2 and newer versions. Besides, we will see some new syntax, adopted from Ruby 2.2.0. (e.g., Keywords, Arguments or Module#prepend).

Some other modifications to improve speed concern API deprecation and cleanup. They comprise removal of the following APIs: Action Mailer, Active record, and ActionPack assertions as well as dead code and unnecessary tests (Chaves, 2015). Other factors that improve performance include fewer object allocations, immutable strings freezing, unnecessary dependencies deletion, and common operations optimization. As it was announced, Rails 5 also introduces new functionalities and new API, integrated into the framework, which results in no need for additional gems (Chaves, 2015).

The list of changes that have already been implemented or are still under development is much longer than we managed to mention in this short discourse. So are our expectations about the benefits, resulting from the presented improvements.

As a CEO I am responsible for investigating and assessing new and existing technologies along with processes to develop innovative offering concepts as well as the technology strategy and vision.